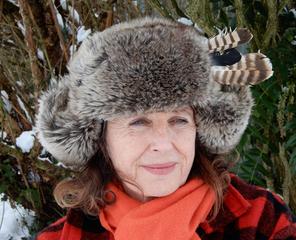 She and her New Zealand husband moved to London in 1995 where she studied English Literature and Art History at Goldsmiths University of London, and ran an alternative art space called JAGO.  In 2010 she opened a pop-up shop in East end of London called theworldthewayiwantit which she described as her "puny arm wrestle against the tide of consumerism" selling an array of unusual handmade objects including moth and fly necklaces, owl pellet kits, jam-jar worlds, and knitted security cameras.

In 2004, with sudden access to her father’s attic, Keggie discovered 2 trunks of astonishing material that would seed the genesis of DADLAND.

In 2014 she and her husband, Jonathan, bought 16 acres of land in Wiltshire to create a nature reserve and reinstate a bio diverse habitat for owls, bats, dragonflies, dormice and other wildlife.  They live in a small rural cottage in Wiltshire near Salisbury.​

BEASTLY: The Story of Animals and Uswill be published by Canongate on 5 January 2023 in the U.K.; and by Abrams Press in the U.S in Spring 2023.

Keggie Carew won the Costa Biography Award 2016 for her 'shape shifting memoir' DADLAND. Before writing her career was in contemporary art. Quicksand Tales was published by Canongate in January 2019.

Keggie was born in Gibraltar. She has lived in West Cork, Barcelona, Texas, Auckland, and London. Before writing, her career was in contemporary art, exhibiting her work in Ireland, London and New Zealand.