"I’ve been in thrall to Dad too many years. It’s been hard to grow out of the need to impress. Be more fearless. Be wilder. Be braver. Be different. Think differently. Surprise! I knew Dad was out of the ordinary and I wanted to be too. He disliked authority and taught me, by default, to distrust it as well. Dad’s response to pretty much everything was usually different to everyone else’s response. Rules were there not just to be broken but to pit yourself against, to outwit. It was an intellectual exercise for him. He thought nothing of allowing us to duck out of school for a day if there was something better on. He had no respect for anything if it clashed with common sense: his, that is. On one occasion, I must have been about twelve or thirteen, I skived off to go riding. The next day, on the bus into school some- thing (the sly way Dad had licked the envelope?) made me open the sick note he’d written to my teacher. One sentence. It said: ‘I am sorry Keggie was not at school yesterday, she had a bad hangover.’ Of course I was furious. I suppose the question is, Did he know I would open it?" 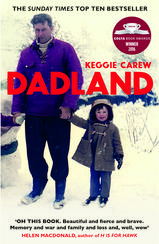 As Dad slowly leaves us, I try to haul him back - from the bottom of cardboard boxes and forgotten trunks; from letters buried in desks; from books I previously had not known about; from photographs I am unfamiliar with; from diaries never meant for my eyes.  I am the manic charity-shop rummager rifling through old clothes.  I don’t know why I have taken on this task; as it is I’ve been under the gravitational pull of his influence far too long.  Except that suddenly I want to make some sense of it all.  It’s not just Dad I want to stick back together again.  This is an exorcism.  And a ghost hunt.  Rebuild him.  Rebuild me.

Keggie Carew grew up under the spell of an unorthodox father.  An undercover guerrilla agent during the Second World War, in peacetime he lived on his wits and dazzling charm.  But these were not always enough to sustain a family.

As his memory began to fail, Keggie embarked on a quest to unravel his story once and for all.  Dadland is that journey.  It takes us into shadowy corners of history, a madcap English childhood, the poignant breakdown of a family, the corridors of dementia and beyond. 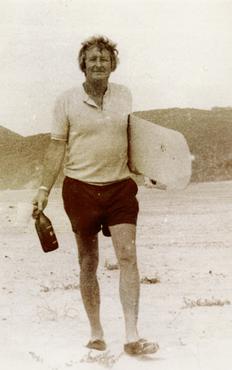 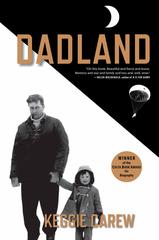 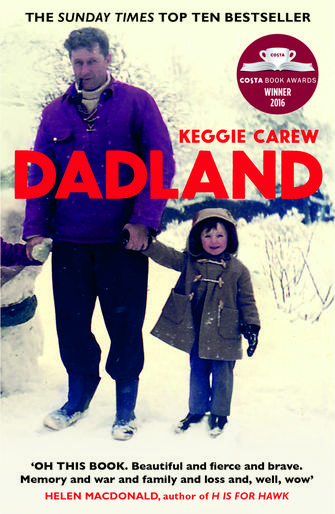 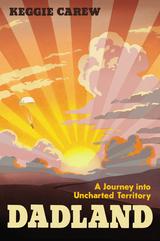 “A very moving story, very mature, very visual book. A stand out, stand alone piece of work because it was so unusual. For me it had the magic ingredient: it had beautiful prose, beautiful, smooth, readable, accessible prose and it was utterly hilarious.  The most unconventional biography I have ever read.”

“A mesmerising performance by a natural storyteller gifted with the most seductive material possible, in the wild and wonderful life of her exasperating Irish father.  Pain and annoyance is transmuted into pure narrative gold, as Keggie interrogates the legend of this wartime adventurer and the bitter comedy of his domestic relationships and his late decline.  A brave, risk taking tale that alarms, delights and moves.  As soon as you come to the end, you want to start again, to see if those things really happened.”

"OH THIS BOOK. Beautiful and fierce and brave. Memory and war and family and loss and, well, wow."

"Continually interesting and often moving... The fruits of her research into her father’s war and espionage contacts are fascinating, but the real success of the book is the understanding the author acquires of the waywardness of experience, and of the complexity of family relationships"

“… this one really is something special ... an amazing read: touching, absorbing and altogether the kind of book I love and press (no doubt irritatingly) onto friends and family – and now you, dear reader… One of the things I loved about this book was the very real humanity of the people involved. They are far from perfect, in fact this is a seriously dysfunctional family, but they are remarkable.”

“The author captures the flavour of every scene she describes, from her great grandfather in Egypt cuckolded by the Prince Of Wales, to her grandfather, a groom in Ireland, marrying a young widow from the big house, to her father’s three marriages featuring a glorious villain– The Stepmother.”      The Tablet

"It's now commonplace to say that sad memoirs are ultimately redemptive, but Dadland is the real McCoy. It is a rich and stunning achievement, a feat of imagination that sews together many parallel true stories. Above all, it is a labour of shining daughterly love"                           Caroline Sanderson, Sunday Express

“…. As Tom’s life falls apart memory by memory, Keggie is picking it up again and her storytelling is spell-binding.  Effortlessly readable, this is a delight combining laughter - and tears, yes, quite a few of those.

​“… The beauty and boldness of this memoir - piece together from pictures, letters, diaries, cuttings and military archives - is in its healing honesty about the complex, flawed character of Tom, and his daughter’s unbroken spirit in the aftermath of her father’s derring-do and deep family damage.”        Saga Magazine